The African Elephant; The Eye of Wisdom 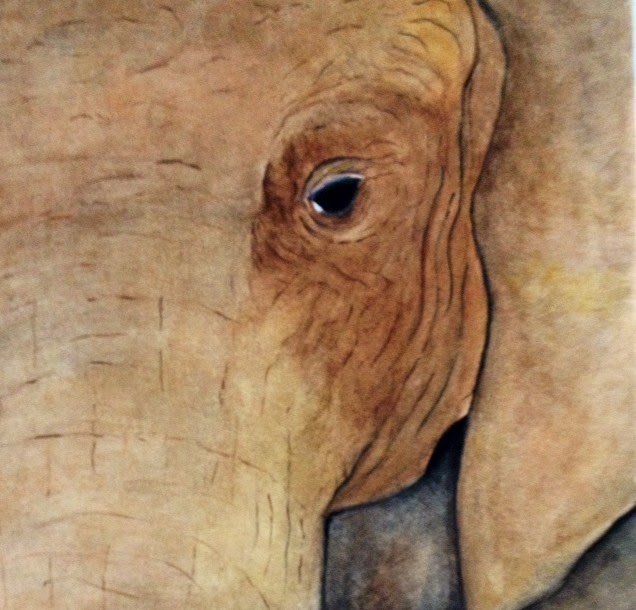 The African Elephant
"Eye of Wisdom"
SOLD
Watercolor 10 x 10
Painted 08/13/2014
Elephants are the largest  terrestial animals on earth today,  are an incredible species of mammal that has no comparisons in the animal kingdom. Their magnificent size, brute strength, and superior intelligence have fascinated countless humans from millenia past to the present.

And today they are in peril because of man's insatiable desire to obtain their ivory tusks for making trinkets and jewelry, coupled with a severe loss of habitat in most of the countries they still naturally live...

The fact of the matter is that African elephant populations dropped by 50%, from 1.3 millions to 600 000, between 1979 and 1989, because of poaching. About 8 elephants an hour (or 70,000/ year) were poached during this period, until the CITES Ivory ban 1989. The CITES Convention of International Trade In Endangered Species regard both species as so threatened they are included on "the red list" in many african countries, although not all...
Perhaps no other animals living on earth today symbolize the struggle for species protection as the great elephants. Losing them would effect humankind in ways we can only imagine in our darkest dreams, but we'd like to think that doesn't have to happen!
Please help in anyway that you can by visiting the sites dedicated to the preservation of these beautiful creatures.